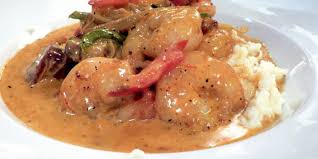 Basically, Los Angeles is a city with a taqueria on every street corner. It is possible for so many Spanish-speakers to find anything from exquisite Michoacan-style goat stews to greasy nachos on Venice Beach. For a good example, forget the chain stuff and try El Huarache Azteca, which is a tiny, no-fuss eatery in the neighborhood of Highland Park, with menus running the full gamut from fajitas to mole verde and “flautas” – fried crisp taquitos stuffed with chicken. Remember that Mexican and Tex-Mex food are two very different things.

Southern food seems to exist in its own planet and an entire list can be written just focusing on things such as chicken and waffles. So it may be a good idea to just go with one of the basics: hominy grits, essentially corn milled into a rough powder and then boiled up with bacon grease or butter. Although it sounds rough, it is actually sublime. One of the most typical proof is Blossom Restaurant in Charleston, South Carolina, offering Geechie Boy grits with shrimp and andouille sausage. Try using it with Brussels sprouts and sweetened ice tea.

Although “thanksgiving” isn’t technically a food, it’s such a legendary date on the American culinary calendar that it needs to be acknowledged. Thanksgiving, the fourth Thursday of each November, is a holiday that is officially about friends and family. Everybody knows it is really about turkey, pumpkin pie, cranberry sauce, bellyaches, and green bean casserole. Meanwhile the recipes, like most things on this list, seem custom-made to give you a heart-attack or diabetes, they are all delicious and taken together to create one of the most enjoyable and ridiculous feasts that you could ever attend. A lot of restaurants offer a menu, for the most special option is always a friend’s home, even if they burn the bird.