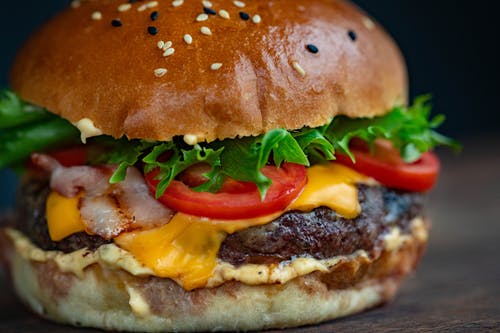 When you think of American cuisine, the first thing that comes to your mind may be classics such as pancakes, burgers, fried chicken, and hot dogs. Like many other things American, the cuisine also has influences from elsewhere, maybe Italian, French, German, British, Dutch, and Caribbean, which are only some of the cultures that have contributed to the dishes that are now considered typically American. Here is a list of the most favorite American foods that you can easily find across the country.

There goes a saying that “American as apple pie”. The reason is that this sweet treat is a national institution of the US. Forget anybody who tries to tell you that pecan or key lime is better, since they are lying. The simple mixture of tart sliced apples, buttery pastry, and sugar creates such a delicious dessert that many people have devoted their lives to perfecting it. Try tasting the apple pie added with green chilies at the Pie-O-Neer in New Mexico.

Every single American will have their own idea about where to buy the best hamburger in the country, from fast food on the West Coast to fine dining in New York. But only one place is recognized by the Library of Congress as the birthplace of hamburgers: New Haven, in Connecticut. The year was 1900 and the establishment was Louis’ Lunch, which was run by one Louis Lassen. In the present, Jeff Lassen, his great-grandson, guides the ship, still serving burgers cooked in a century-old cast iron grill and made from five-meat blend.

The fragrant soup New England clam chowder is sold everywhere in Boston. Although it looks hideous, being white and lumpy, one taste is all it takes to make you to immediately fall in love. A total genius always decides to mix the quahog shellfish with salted pork, tender potatoes, heavy cream, and herbs. There are many ways to eat it, but you might go all out and get a bread bowl at the Atlantic Fish Co,.